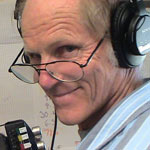 This is the second time Tom Valens has filmed the San Geronimo Open Classroom. “To Make A Difference” (1985), won numerous awards, and was widely used by schools of education. Tom has been involved in film and video since the mid 1960’s, working as a cameraman and editor for television news and documentary departments, for independent producers, and for himself. As editor, his films have won local and national Emmys as well as an Academy Award nomination for best short film live action (Spaceborne, 1978). Recent documentary films that he filmed and edited include “InSpirit” (2001) about quadriplegic activist Aneice Taylor, “Leaf and Water” (2003) about Chinese teas, and “Nuclear Deception”(2005) made for Helen Caldecott’s Nuclear Policy Research Institute. He was second camera for Les Blank’s “All in This Tea” (2007)

“I knew I wanted to focus on the entire school experience for those 26 children, but the process of making the film was a huge learning experience for me as well. The film took over our lives in ways no other project I’ve worked on ever has. Those kids became “my kids.” The struggles going on in the American education community took on new meaning, and the need to stand back and take stock more evident. Still, in the end, what has been most important to me is being able to at least give a glimpse into the hearts of children.” 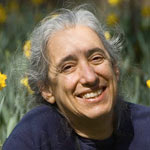 Amy Valens began her teaching career in 1968 in the public schools of Dayton Ohio. After a brief stint teaching in an independent Summerhill based school in Los Angeles, she returned to public school teaching in Northern California. She joined the Open Classroom of the Lagunitas School District in 1974, and retired in 2006. She is also the author of two children’s books: Jesse’s Daycare (Houghton Mifflin) and Danilo the Fruit Man (Dial).

“I wasn’t initially convinced that having a cameraman, even if he was my husband, in my classroom so much of the school year was a workable concept, but Tom persevered. He ended up with 300 hours of video that captured so much—from classroom instruction to playground secrets, and I was hooked. It became our project.

There is so much one film cannot show, and I regret how much had to be left “on the cutting room floor”. It is important to note that I did not teach in a vacuum. My fellow teachers and the parent community were vital in creating an atmosphere of trust and exploration for our students and for ourselves. While a single teacher can build a wonderful classroom, when an entire school works together, there are exponential gains.”